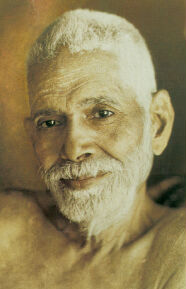 As you are probably aware, there have been many sages and teachers who have arisen and shared with us their eloquence, their own revelations and reflections about silence, the truth and the secret of life and living. This "many" unfortunately has taken thousands of years to accumulate. The reality is that there are very few fully illumined beings ever alive at one moment. Perhaps there is a reason for this, not the scope of this discussion though.

One of the most influential and treasured of all was a man named Ramana Maharshi, from India. It is my humble opinion that he presents the most clear, gentle and loving approach to human freedom in history. At the core of his teachings are profound references to silence. Ramana speaks about pure silence this way:

"The inner silence is self-surrender. And that is living without the sense of ego. Solitude is in the mind of humanity. Silence is ever speaking; it is the perennial flow of "language." It is interrupted by speaking; for words obstruct this mute language. Silence is permanent and benefits the whole of humanity. . . . By silence, eloquence is meant. It is the best language. There is a state when words cease and silence prevails."

"There is Consciousness along with quietness in the mind; this is exactly the state to be aimed at."

"In samadhi* there is only the feeling " I am" and no thoughts. The experience "I am" is being still." The Self is God. "I am" is God. All that is required to realize the Self is to be still."

*samadhi is a state of silent absorption in the Self, in God, in Nothingness of Mind itself, in Pure Silence

From the work called The Spiritual Teaching of Ramana Maharshi, Shambala Dragon Books 1988.